Having keys that operate your vehicle is something we take for granted. But, in this world of technology, organising a replacement car key is not as simple as it sounds. Fortunately, we here at Pace are experienced in organising replacement car keys, whether they were lost, stolen or just aren’t working anymore.

Long gone are the days when you could visit the local lock smith and get another key cut. Today’s keys do much more than just start the ignition and, as such, require programming into the vehicle.

Keys to prestige German vehicles such as BMW, Mercedes Benz, Audi/Volkswagen, Mini and Porsche are far more complicated than the keys you probably had to your first car. In fact, there are six main types of keys that are in circulation at the moment, the majority of which require programming or, as we in the trade call it, “coding”.

This programming or coding can be done here at Pace Auto Werks, to save you the inconvenience of having to visit a vehicle dealership. We can also assist you with key replacement services, which in itself can be enough to drive you crazy! 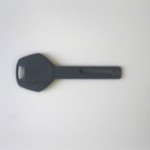 This is a thin, flat key that fits easily in your wallet. It’s perfect for handing to a valet when parking the car or when you’re heading off for a day at the beach. It’s not intended for long term use, so if this is the only key you have to your vehicle, now is the time to contact us to help organise replacement keys. 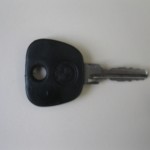 It’s exactly what it says it is. A basic key that will run your vehicle and has no security other than the key shank’s unique cut. These are the keys that you may have had to your very first car, way back in the dark ages before immobilisers, but which will definitely not work on your late model BMW, Mercedes or VW and can be cut at any locksmith without any security concerns.

The next version up of this key comes with a security key fob or remote which arms and disarms the immobiliser in the vehicle. If you lose this key remote, you’ll need to have a new one programmed or, as we in the trade say, “coded” into the vehicle.

From the mid- to late-1990s, keys changed again, with many car manufacturers installing a transponder chip into the plastic head of the key. 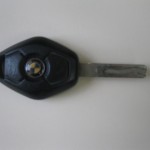 This chip communicates with the vehicle via a signal sent to a receiver in the ignition (the infamous “immobiliser”). If the wrong key is placed into the ignition barrel, the immobiliser detects that an incorrect signal has been sent and will not start the vehicle. began placing a transponder chip in the plastic head of the key.

The major difference between the transponder key and the basic key is the technology it contains, that is a chip in the key’s head. This chip must be programmed (coded) to the vehicle before it can be used.

The primary difference between a switchblade key and a

transponder key is that the key shank will fold into the key fob when not in use. They key shank is released by the press of a button on the key fob. Once again, a replacement switchblade key will require coding with your car. The majority of switchblade keys also laser cut keys. 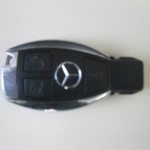 A smart key doesn’t resemble your traditional basic key in looks or even in operation whatsoever. Smart keys bear no resemblance whatsoever to the traditional key that most of us are used to.

Smart keys can either be inserted into a slot in the dash of your vehicle or, in many of the later models, don’t require any physical contact and just need to be within range of your vehicle to operate. In these cases, the driver turns the engine on and off with the press of a button, usually on the dash. This means no more hunting through handbags for lost keys or trying to get that key out of a pocket when your hands are full!

Smart keys use rolling security codes and a device called a code grabber. The vehicle’s security system randomises the code necessary to open the vehicle and recognises the code emitted by the smart key. Once this code is verified, the engine can be started and the vehicle operates as normal.

When you purchase your vehicle new, it comes standard with two keys. In some instances, you may also receive a valet key. These two keys should be interchanged when being used, to ensure they both operate and recharge effectively.

Quite often, when buying a second hand vehicle, you will only receive one key. You may consider that this is okay on a day to day basis, but should anything ever happen to your one key – lost, stolen or broken – you could be stuck with a vehicle that cannot be driven. That could, depending upon where it breaks down, lead to the cost of a tow truck and possibly a window that may have to be broken to gain access to the vehicle.

If you find yourself in the frustrating position that one of your keys has been lost or stolen, we can help you with the task of replacing your keys and can decommission the missing key so that it no longer works on your vehicle.

Although malfunctioning or lost keys are an annoyance you certainly don’t need, here at Pace it doesn’t need to be an overwhelming drama. So give us a call and let us make replacing your key an easy task.