This engine has only traveled 113,00 kilometers and was supposedly serviced by the main dealer. By the severe build-up of coagulated carbon throughout the engine, we can only surmise that the oil changes did not happen as they were supposed to, and this is the result of extended oil service intervals beyond manufacturers specifications.

This black sludge is the bi-product of fuel-burning being carbon, which deposits itself in the oil after the combustion process.

We in the industry refer to this as “Black Death” as it almost always ends up with catastrophic engine failure. Fortunately, this engine broke a timing chain guide first and the client switched off immediately and had the vehicle towed into the workshop. The initial investigation revealed the severe build-up, so the process of rectification began.

The initial work comprised of engine removal from vehicle and removal of cam covers and sump to evaluate the extent of the build-up, and it was very bad. The engine strip continued down to the engine block, leaving only the pistons and crankshaft in place.

The cylinder bores and piston rings were washed and cleaned out with CRC, and as much build-up was removed from the inner crankcase as possible. The cylinder heads were fully reconditioned with new valve guides and engine assembly including all-new camshaft drive components, and any questionable items were replaced in the process with new gaskets and seals everywhere. After initial start-up and running, the oil and filter were replaced as a precautionary measure, and again after initial 1,000 kms travelled.

The end result was an engine able to again run to capacity, delivering smooth, quiet and powerful operation. A great result for the client by the team here at Pace.

To replace this engine with a new unit would have cost around $50K as they are only available through Mercedes Benz. This Mercedes repair came in at around $18K, saving the client tens of thousands and possibly an otherwise perfect 8 year old car from the scrap heap as few if any workshops in Perth are capable of this specialized highly skilled procedure. 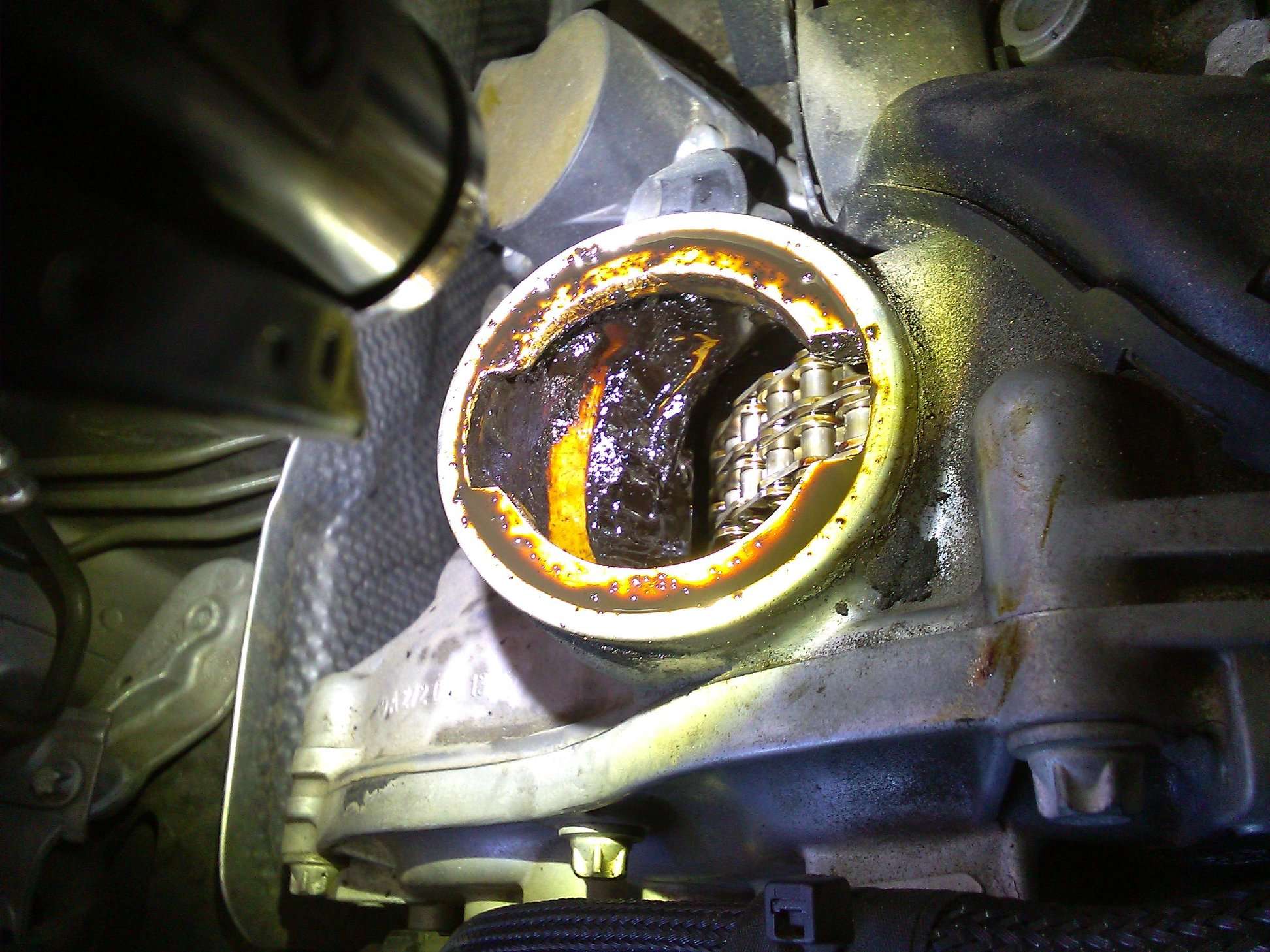 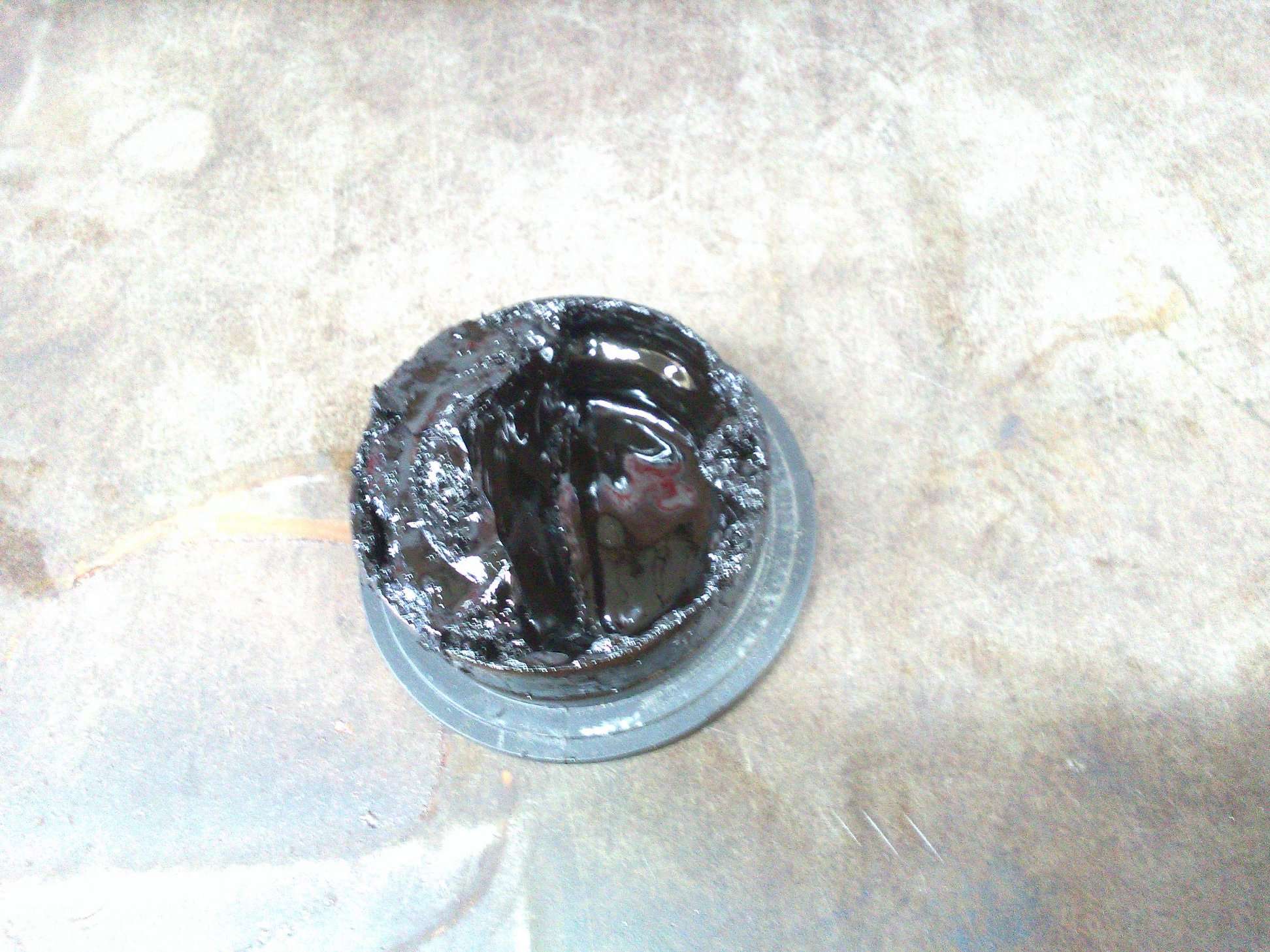 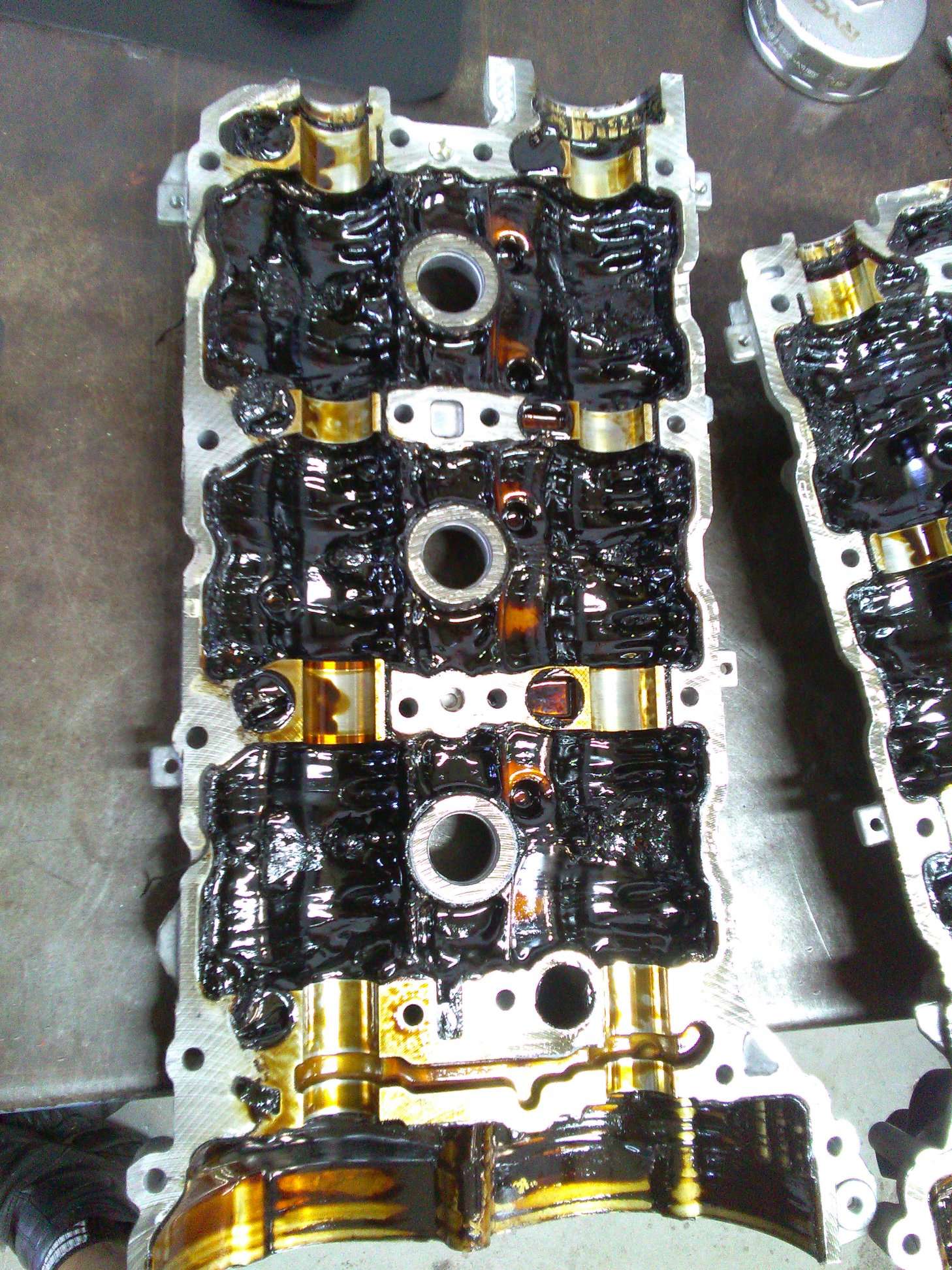 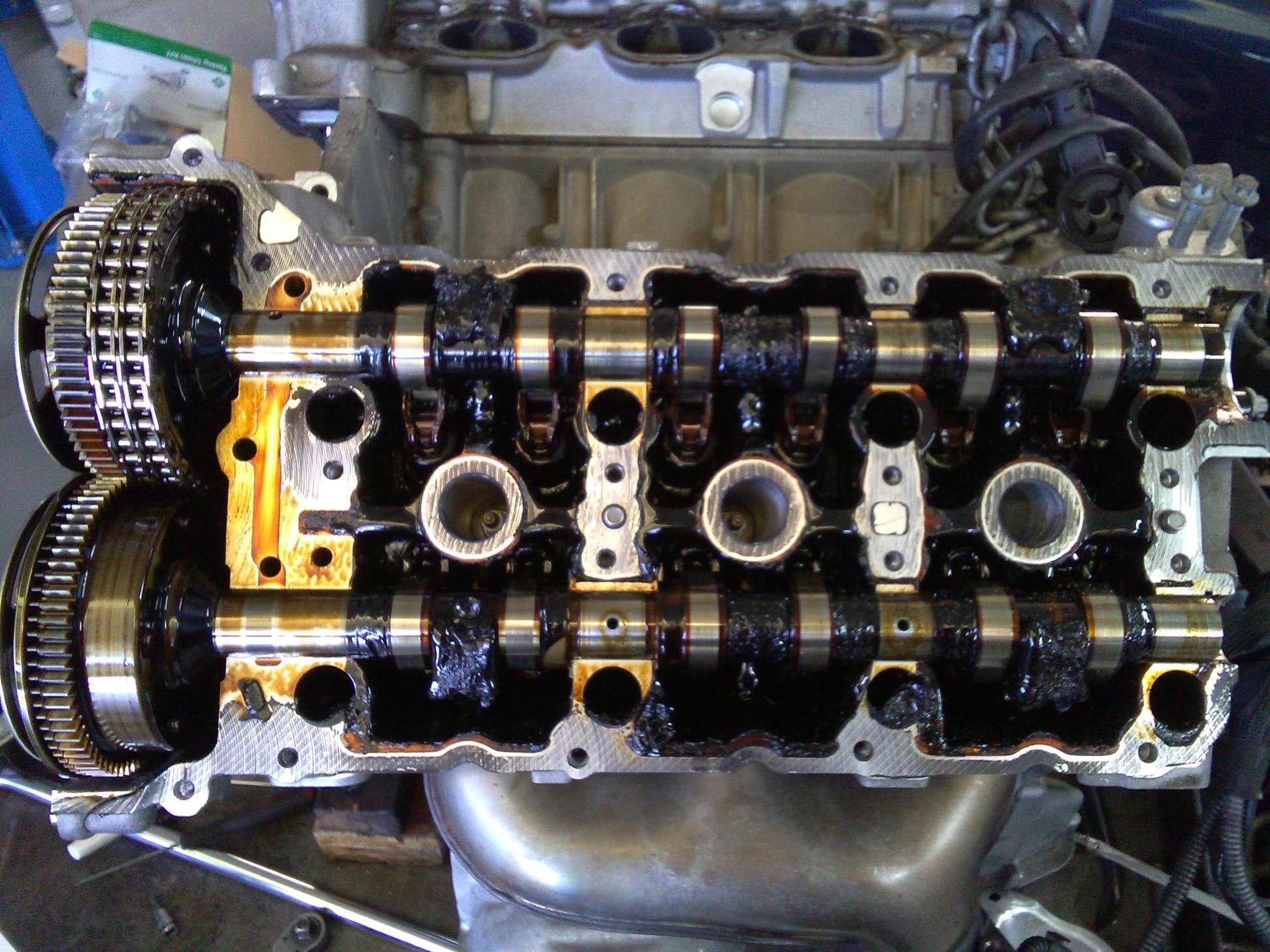 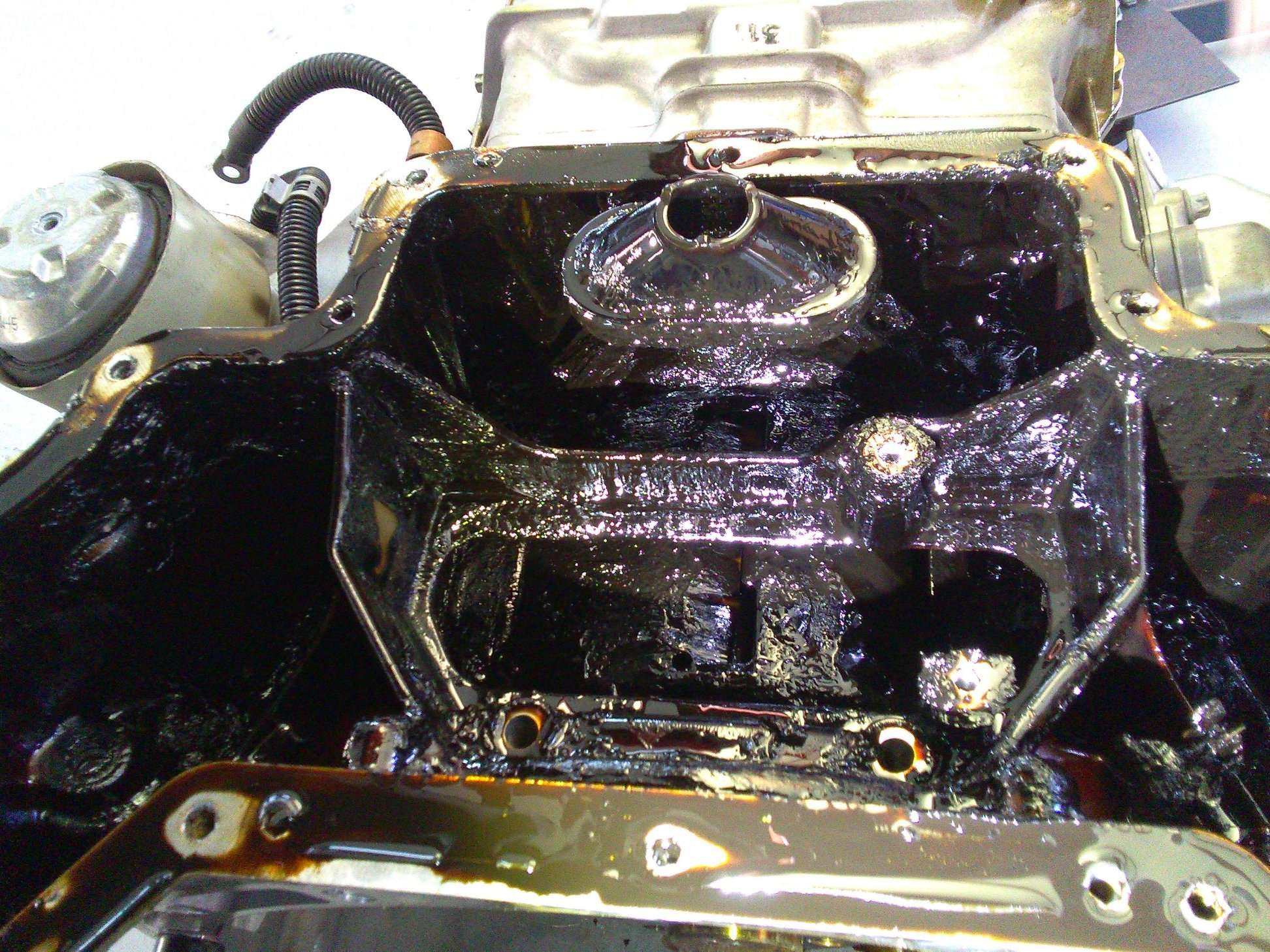 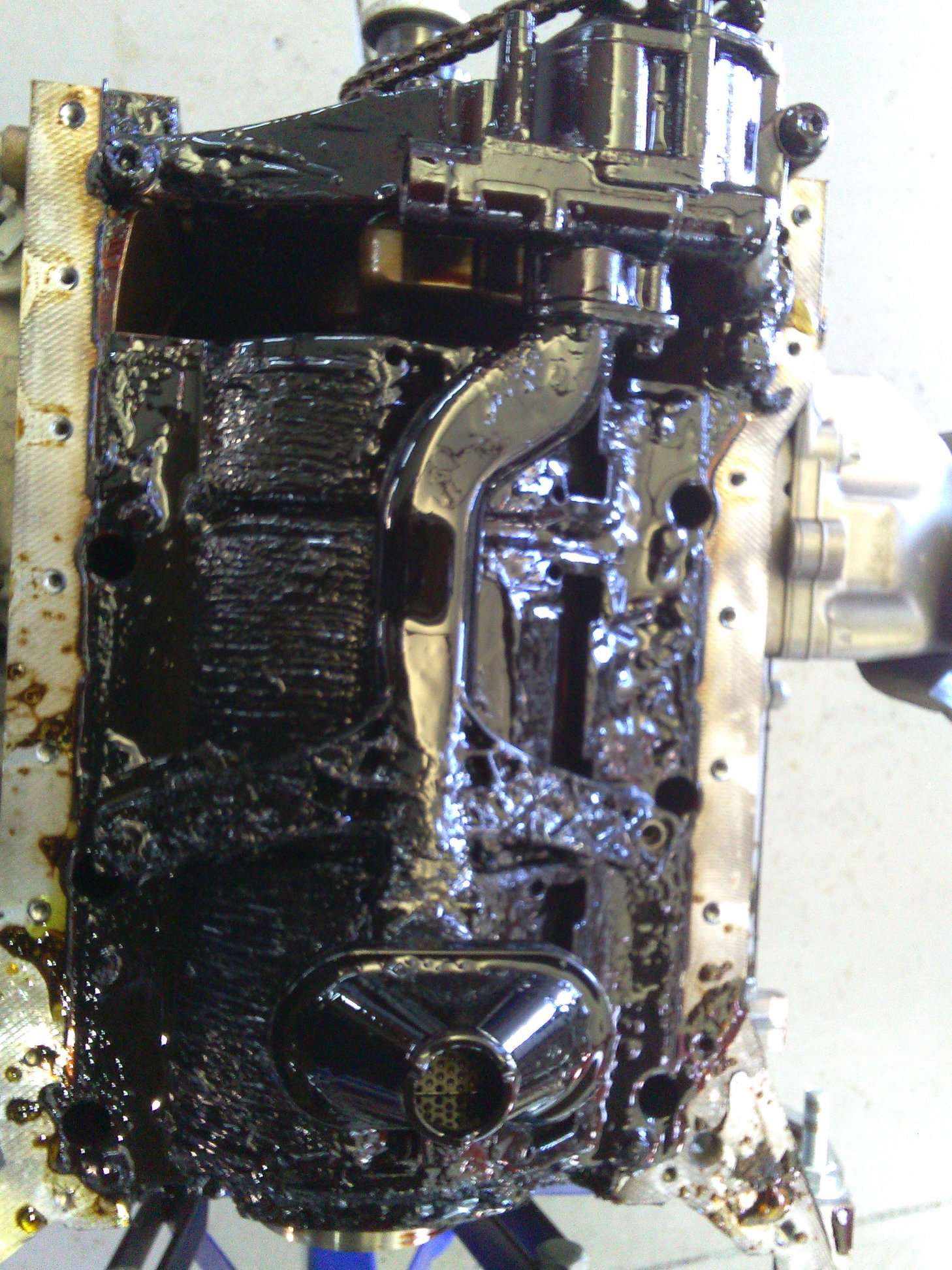 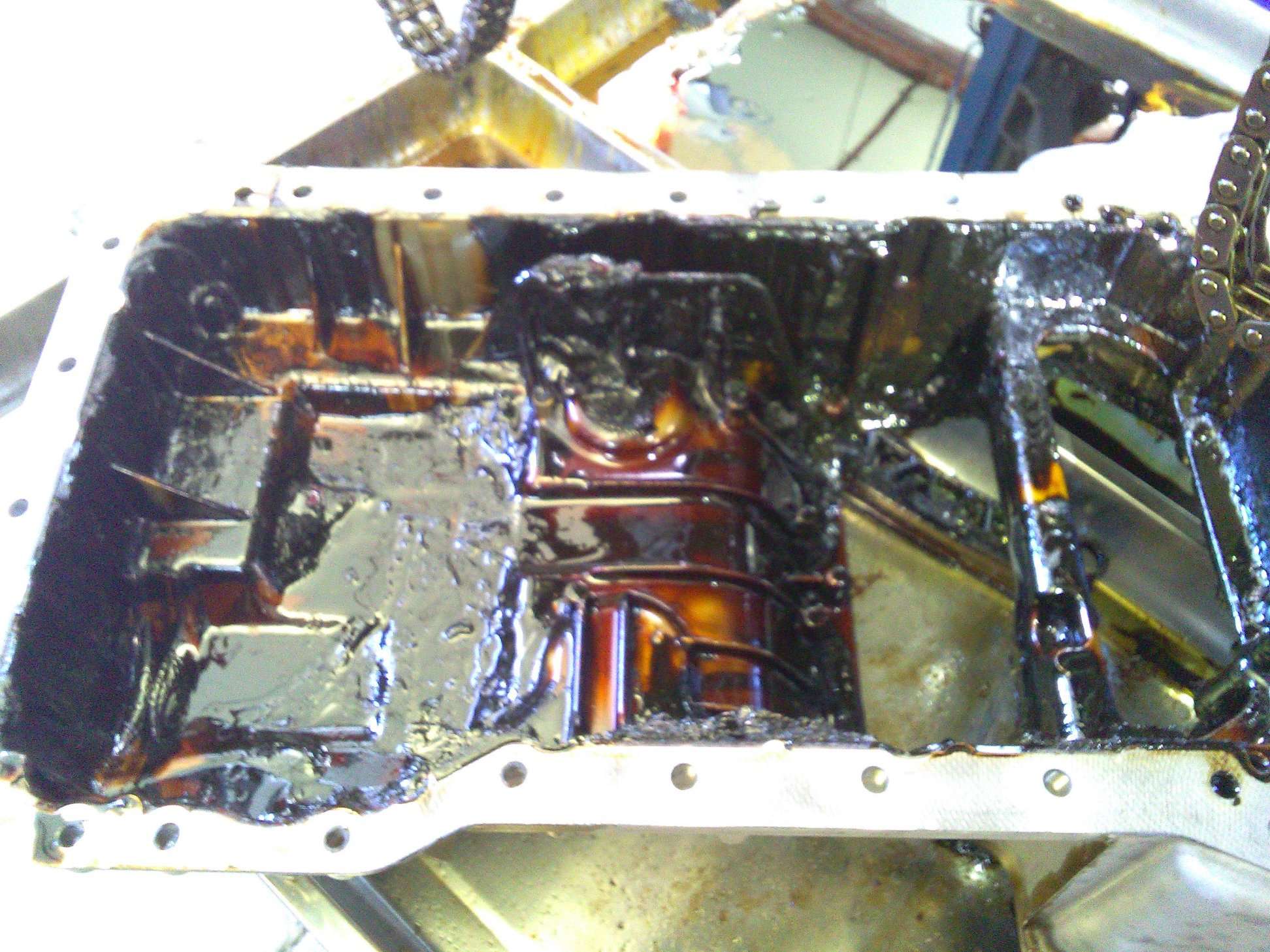 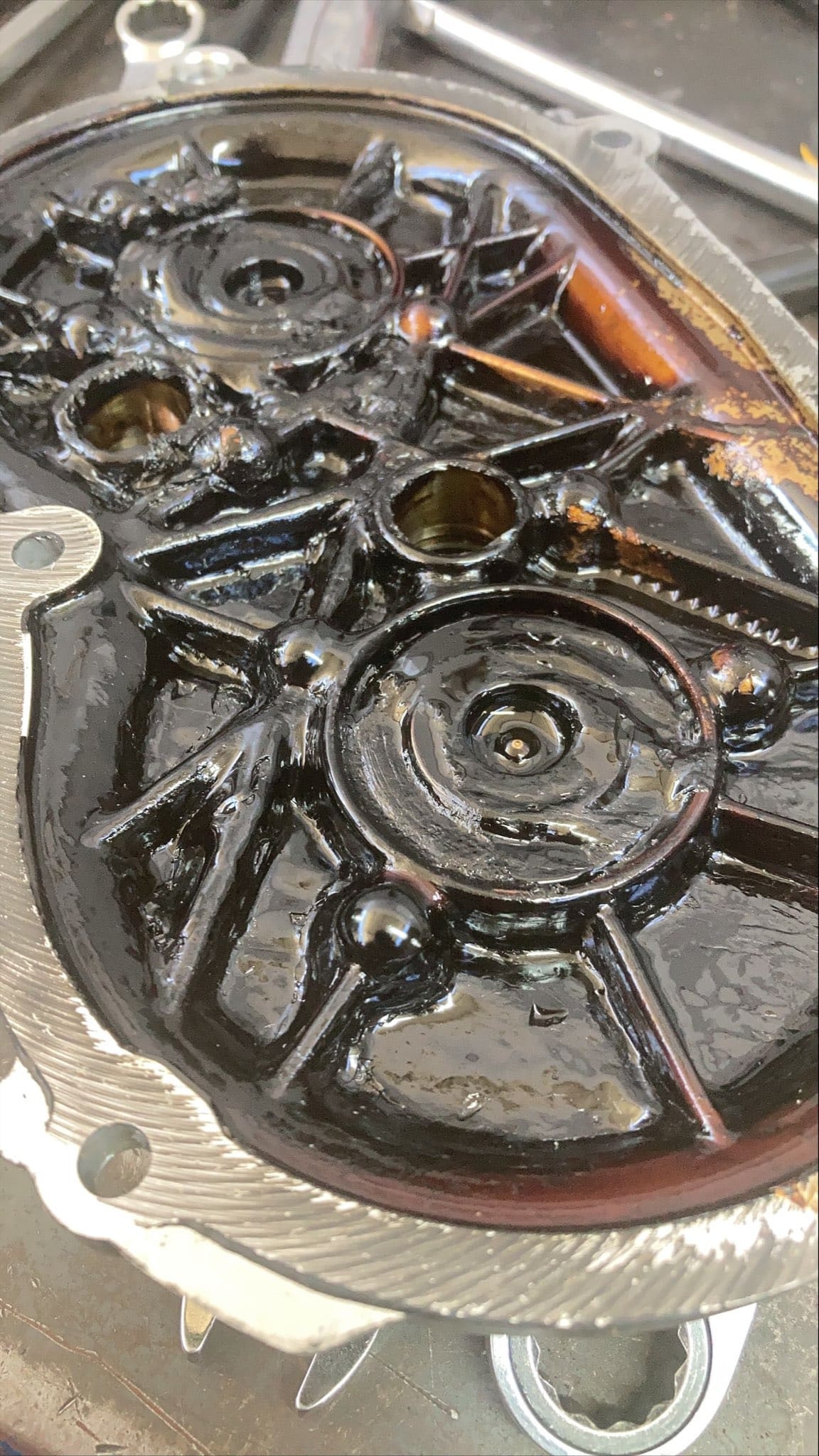 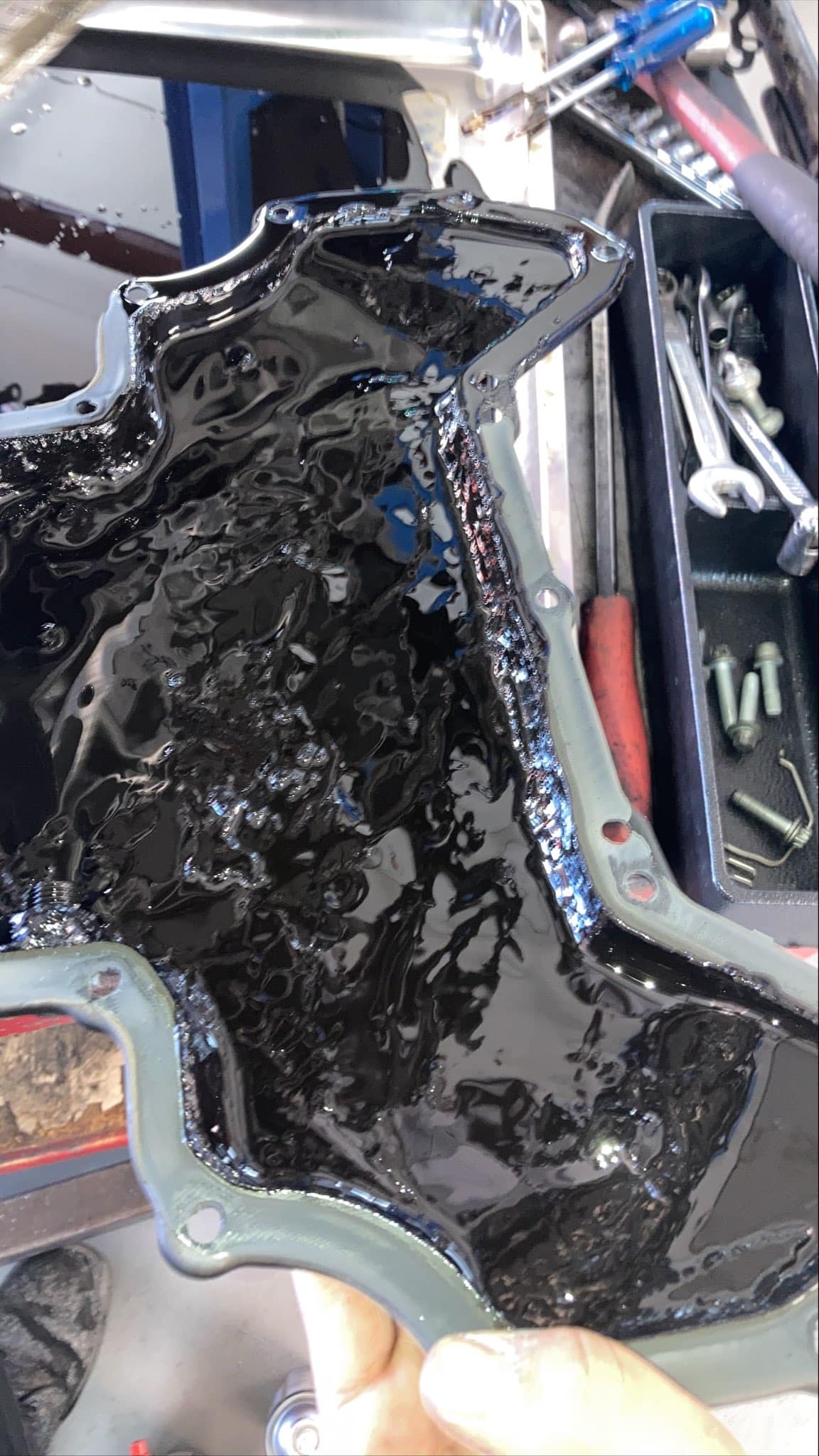 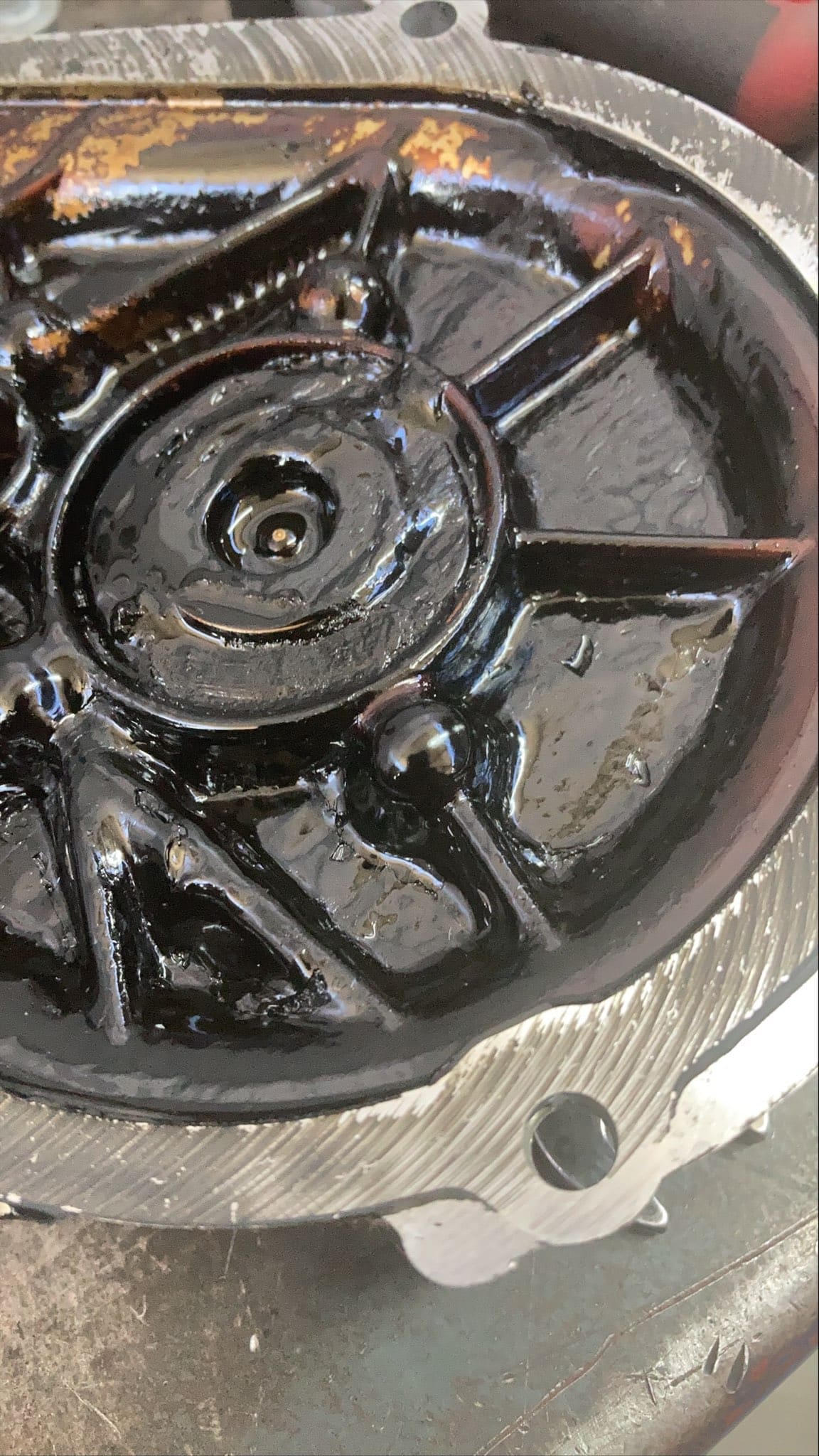 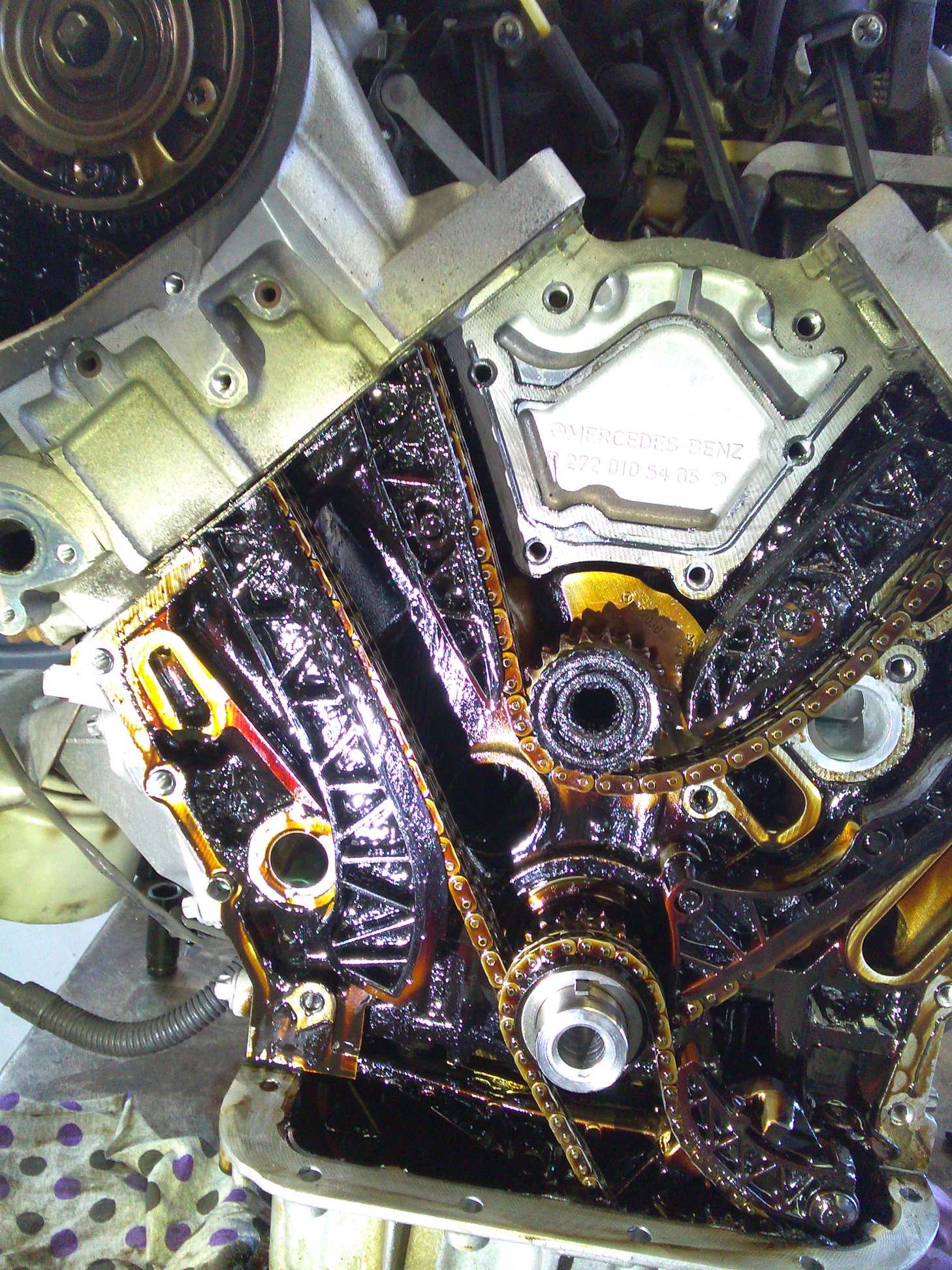 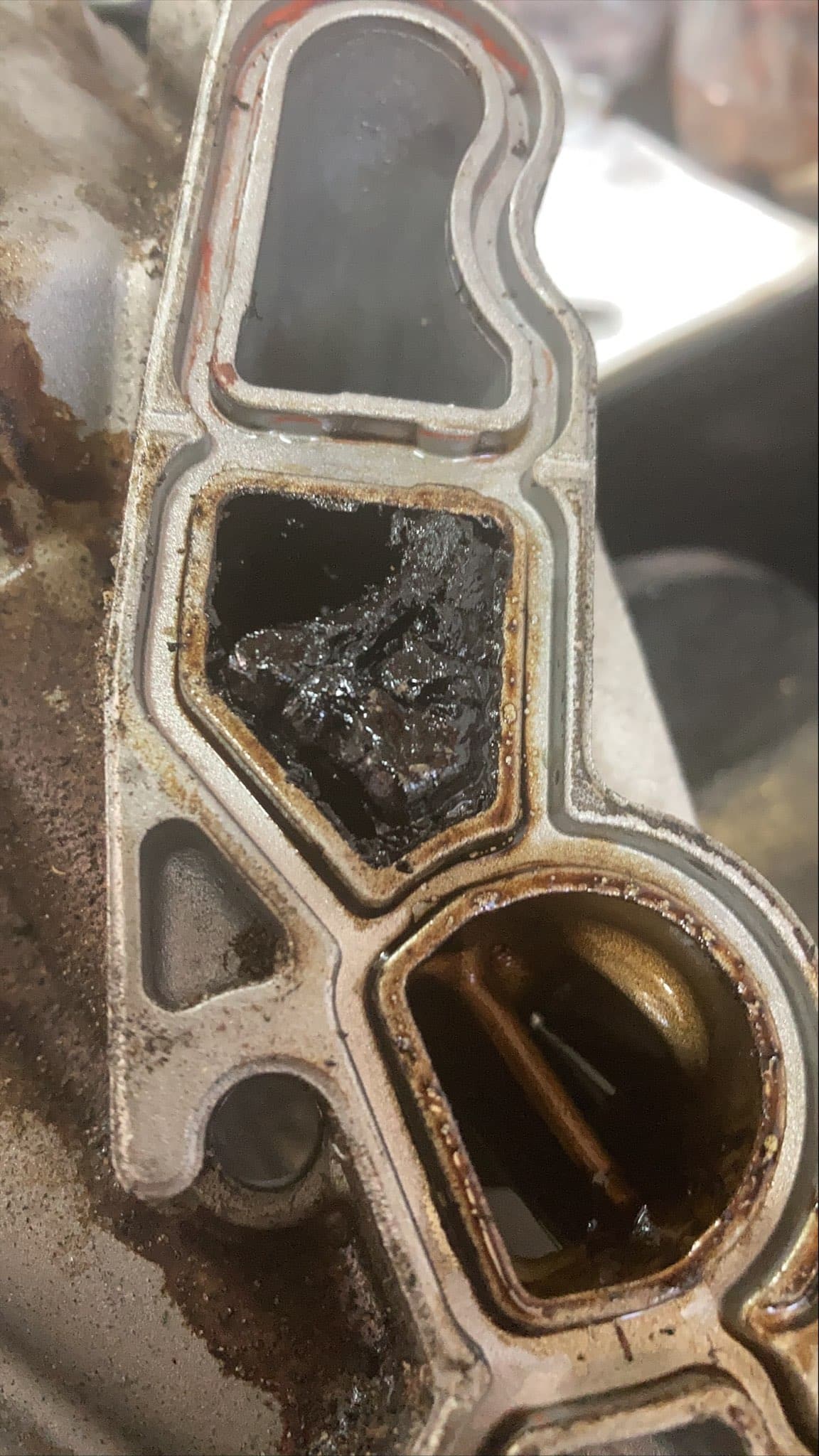 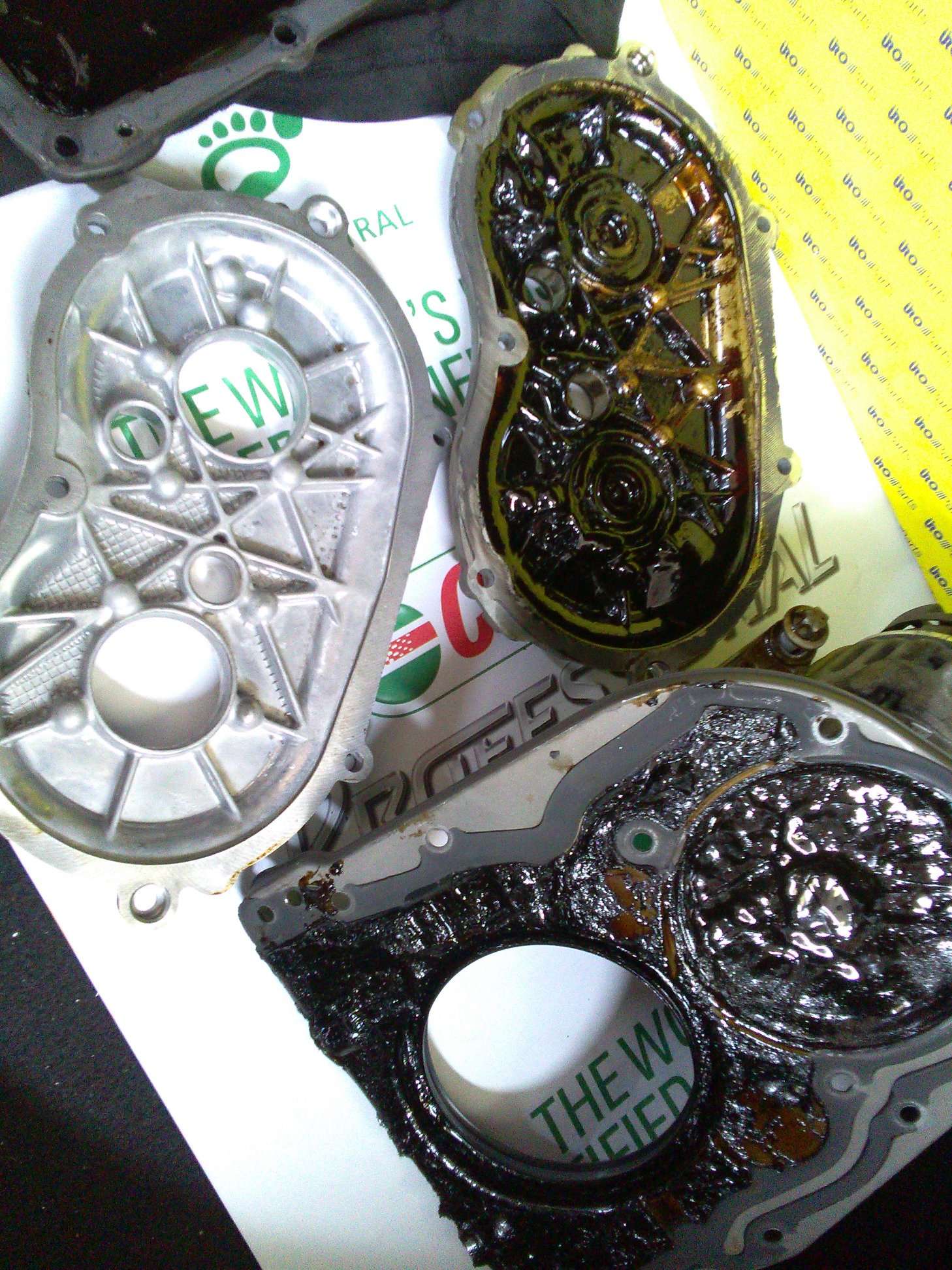 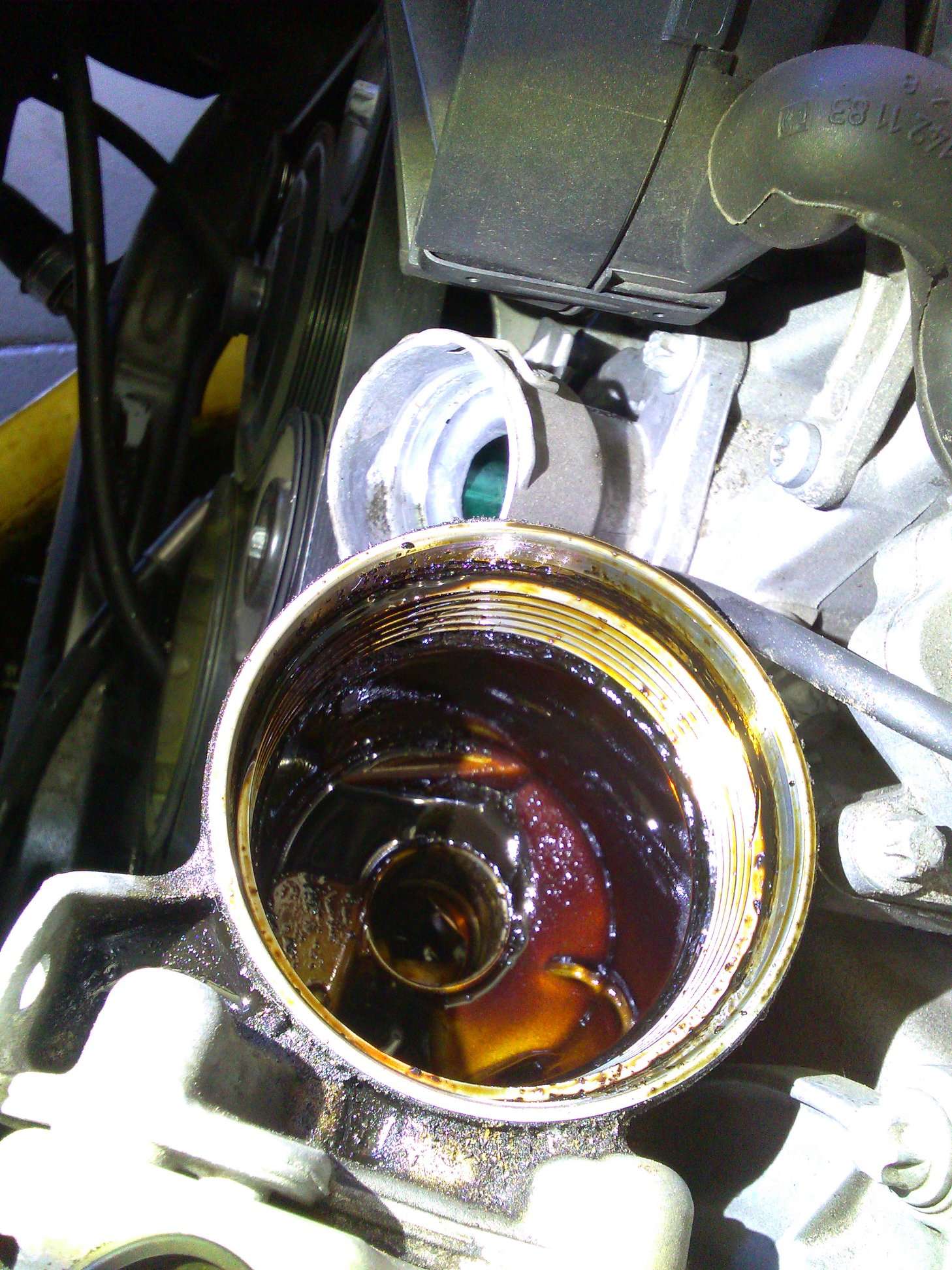 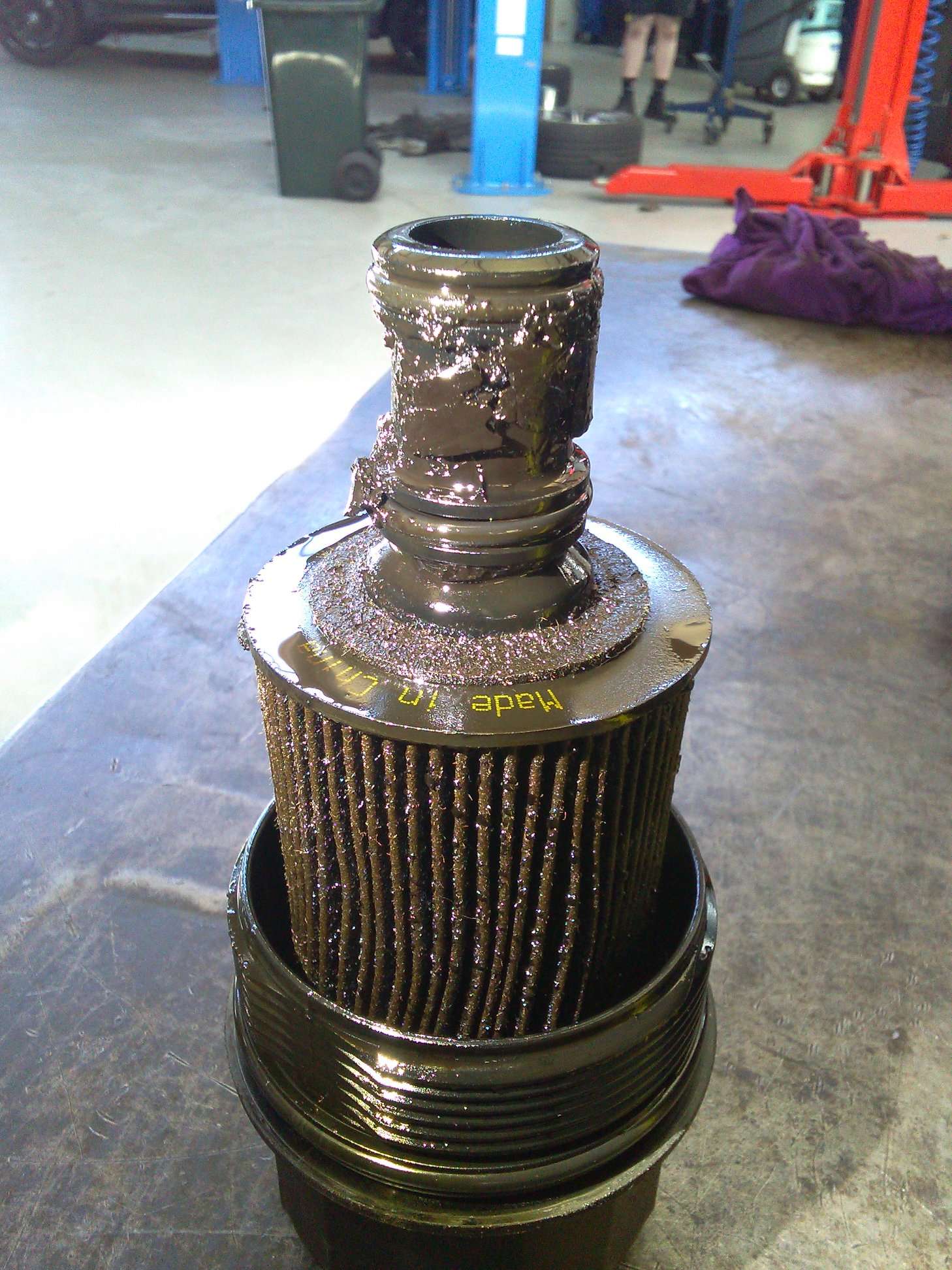 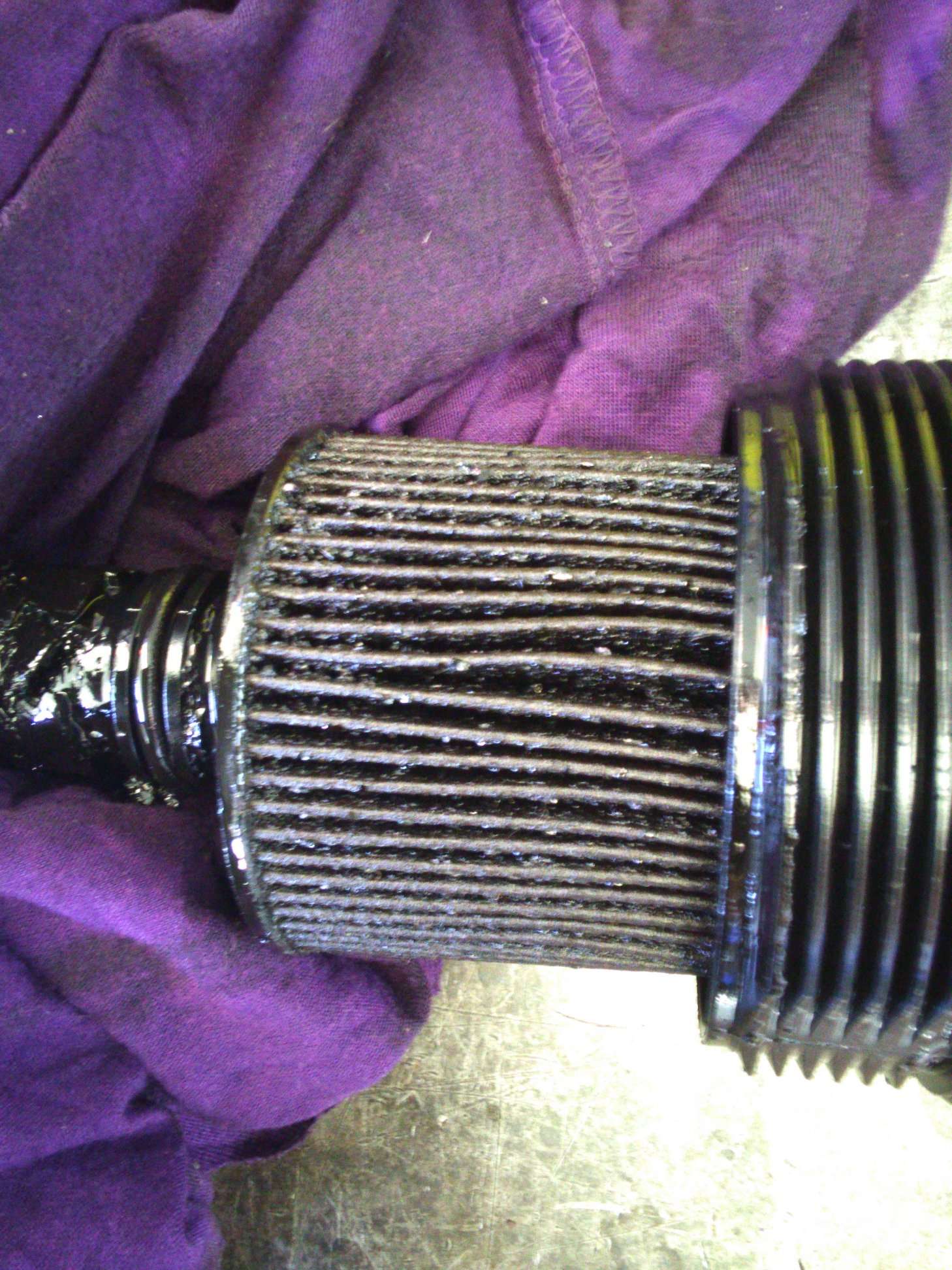 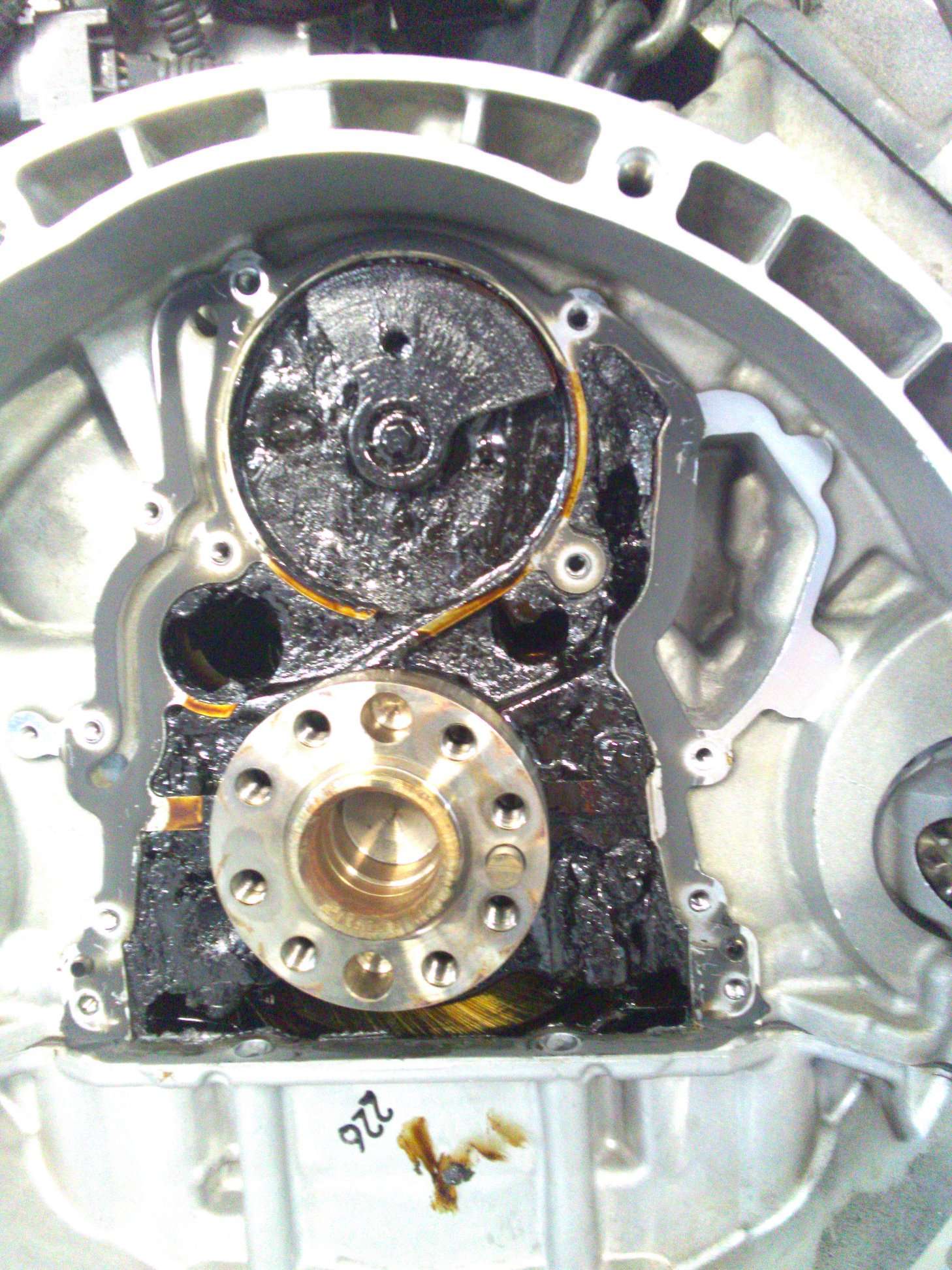 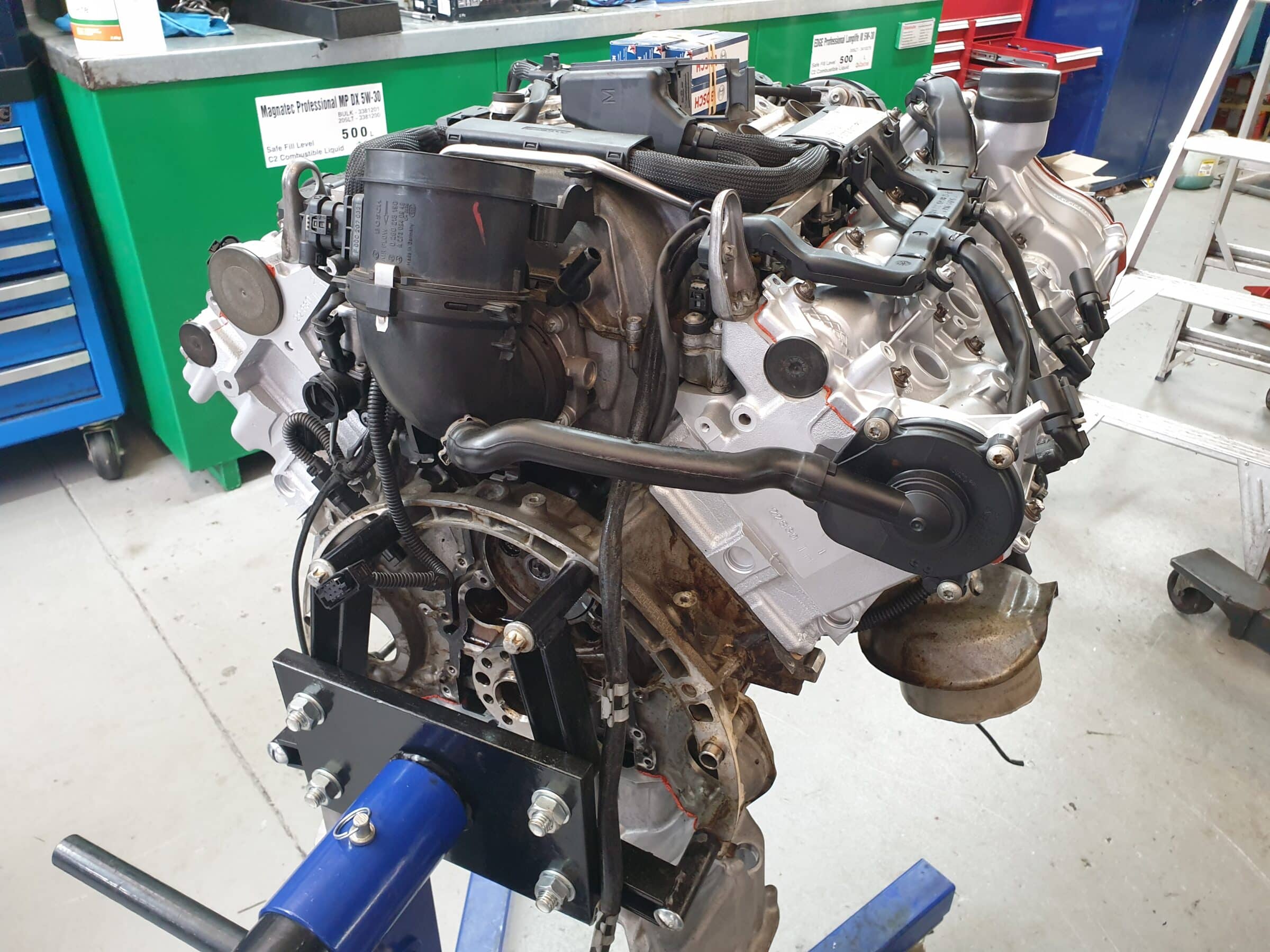 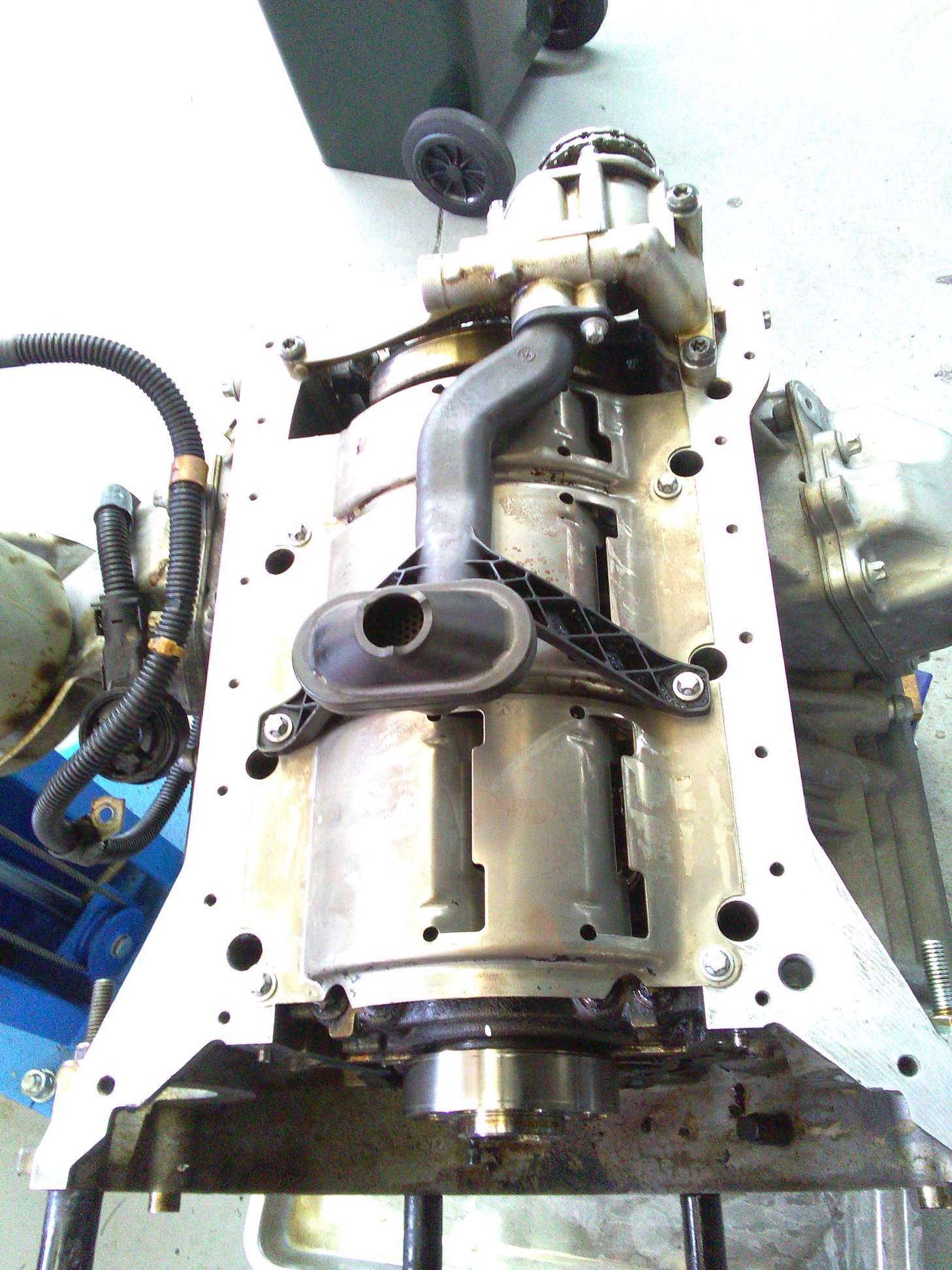 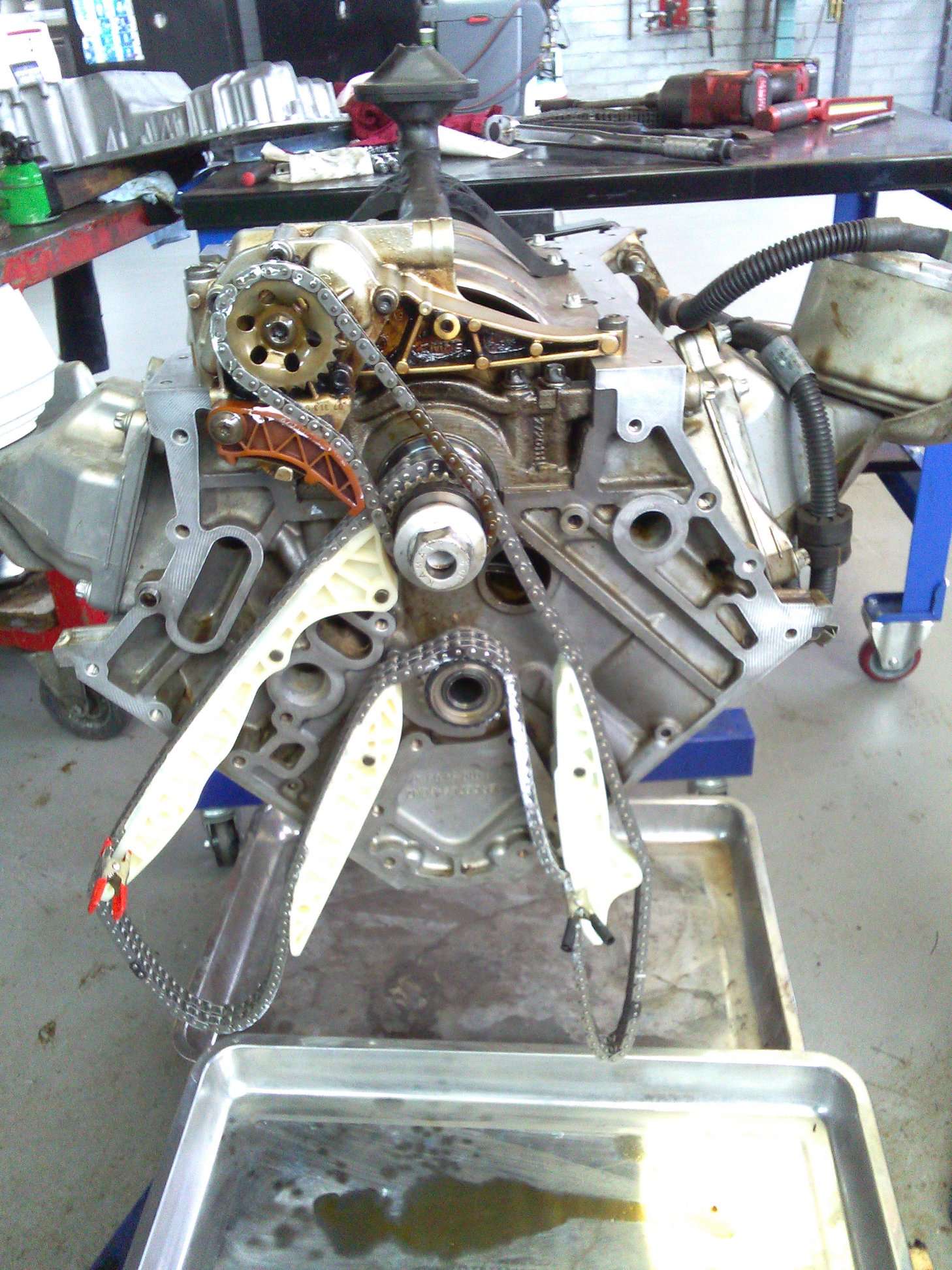 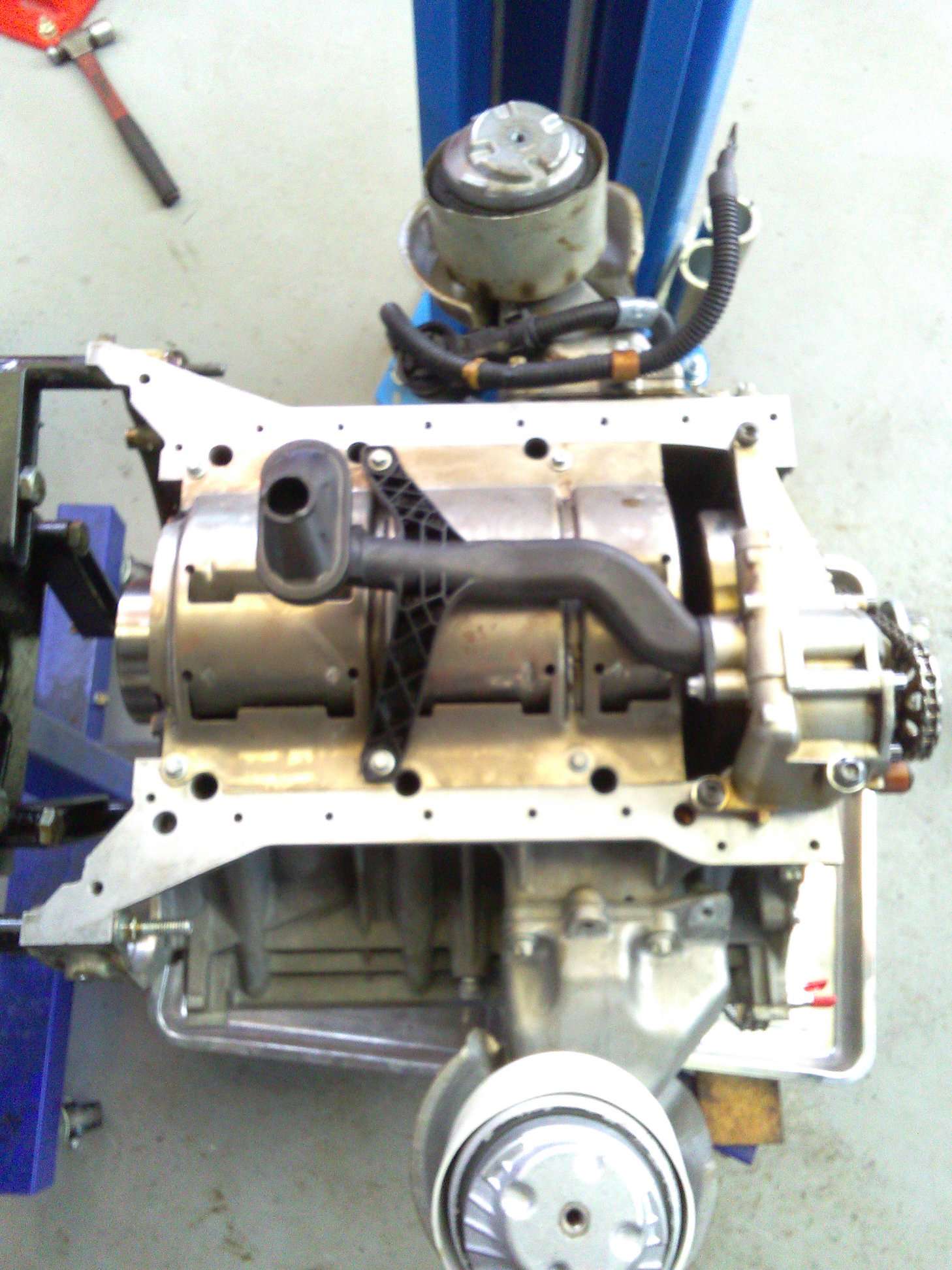 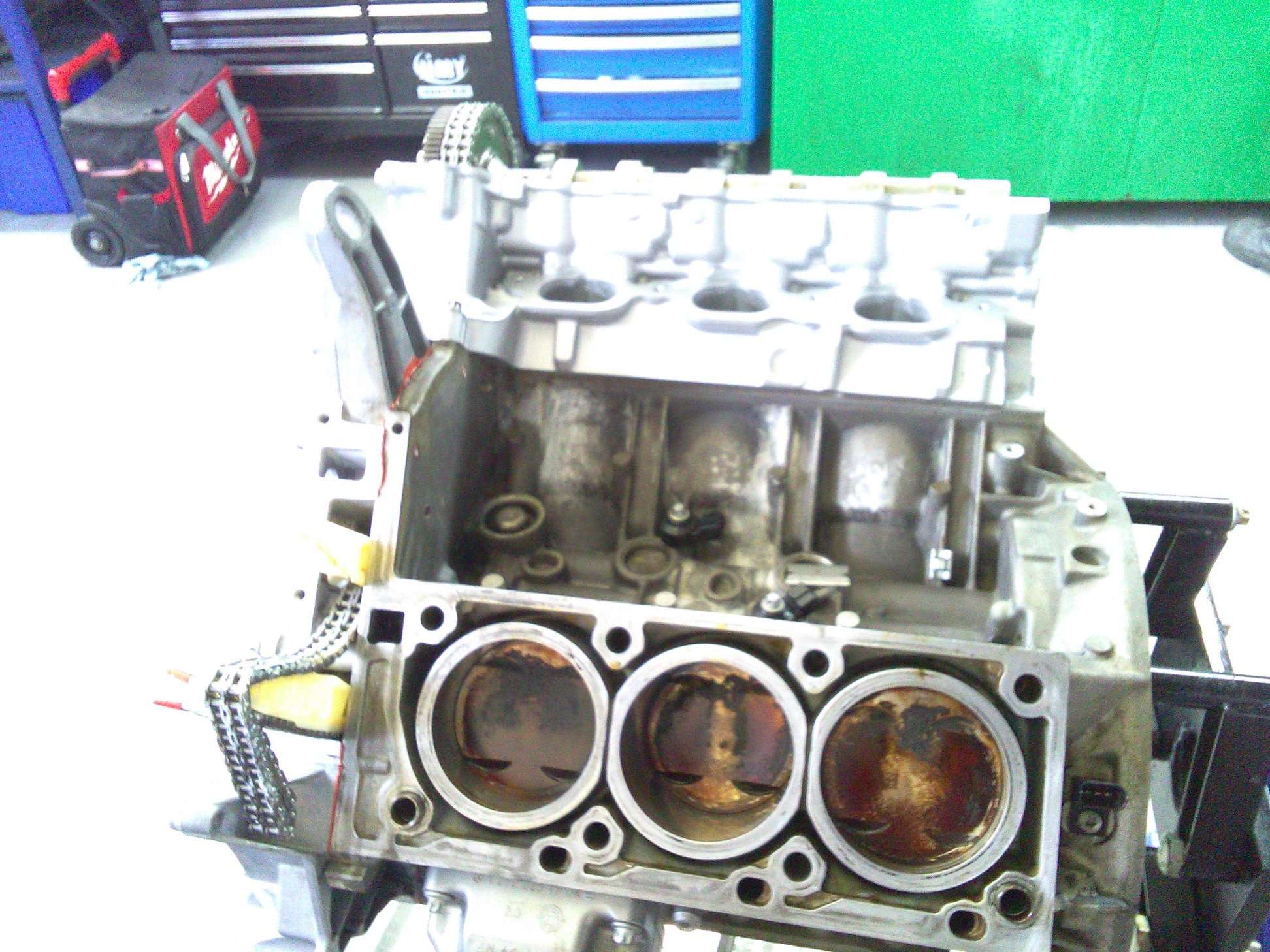 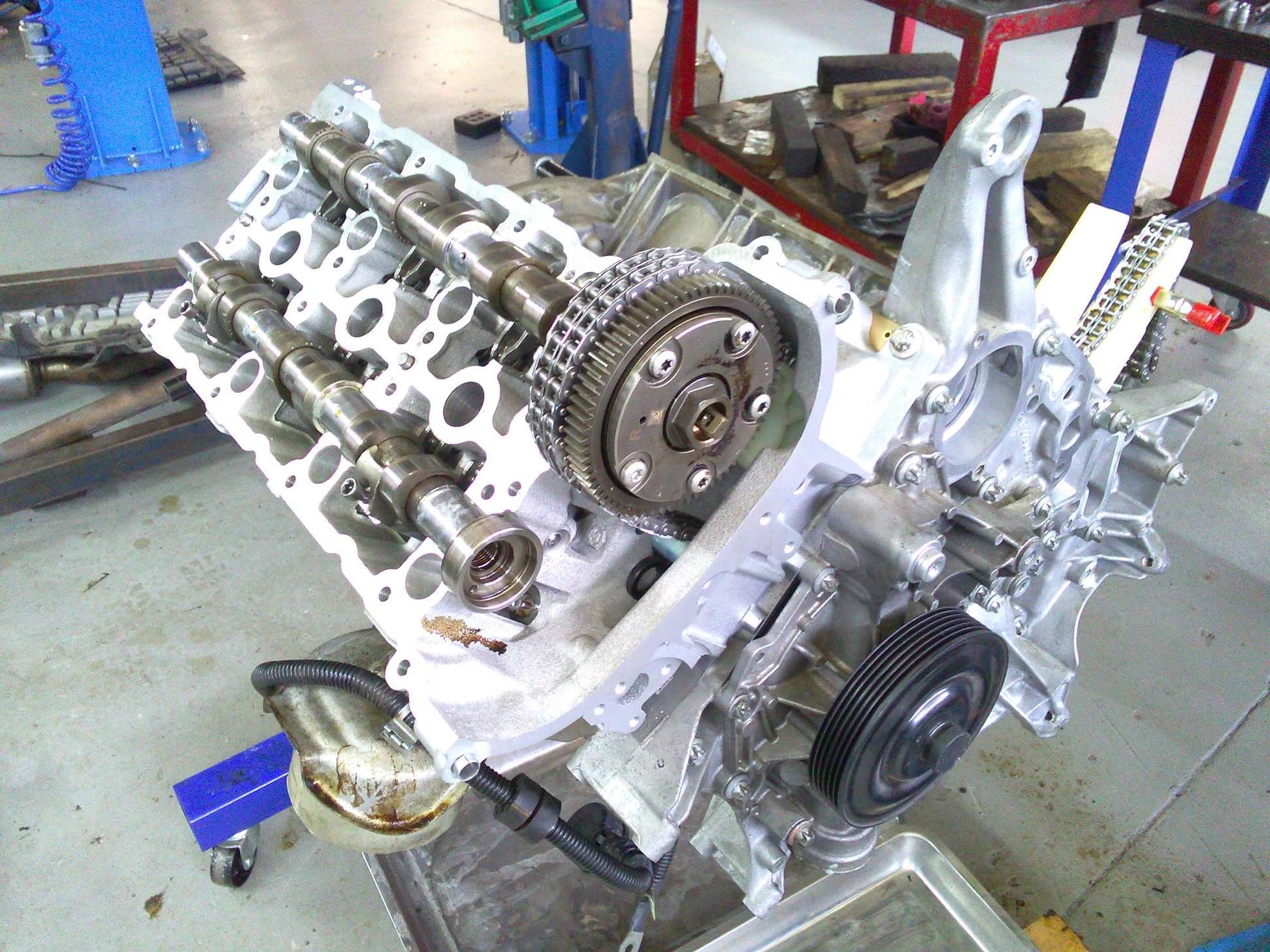 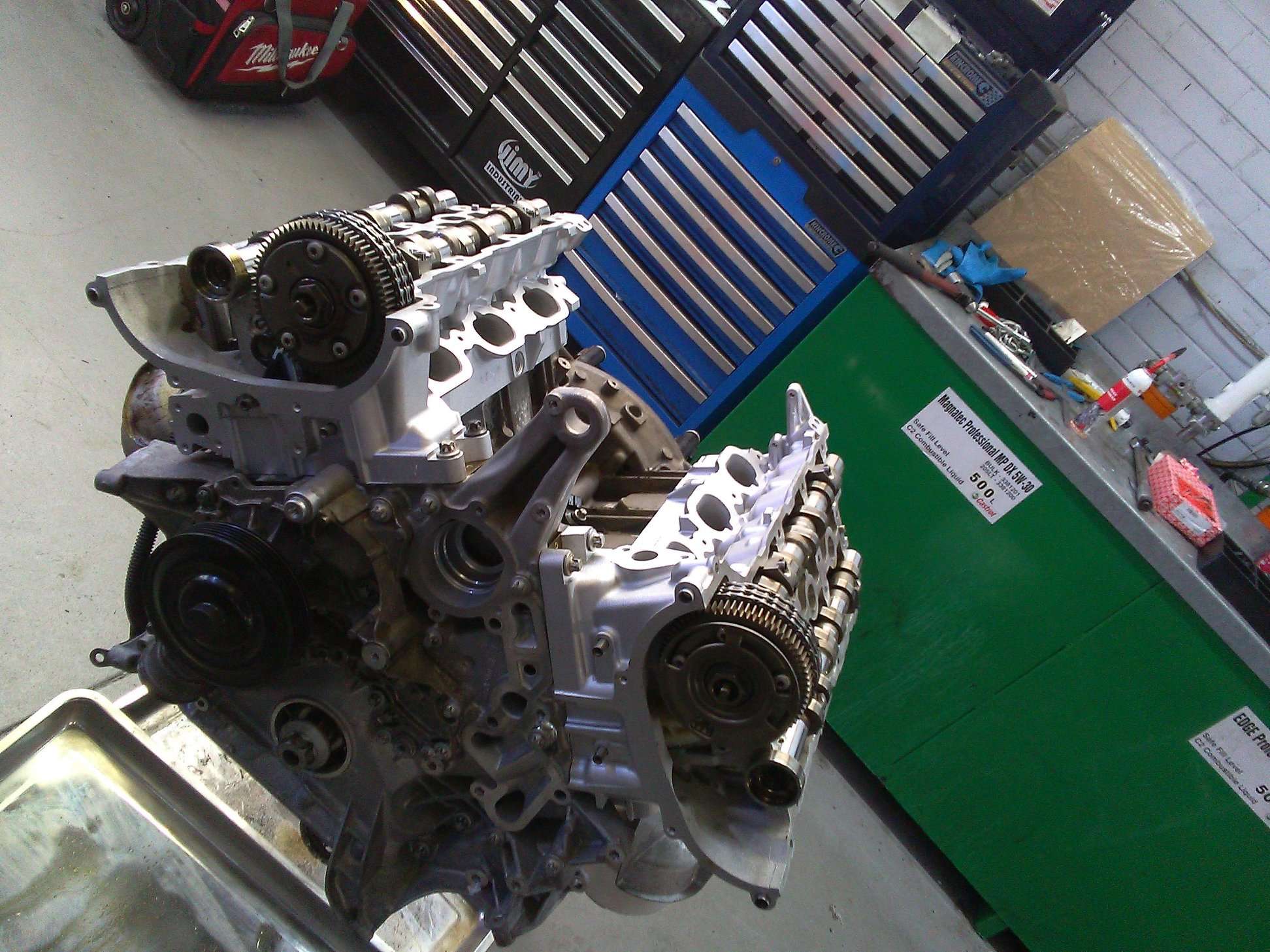 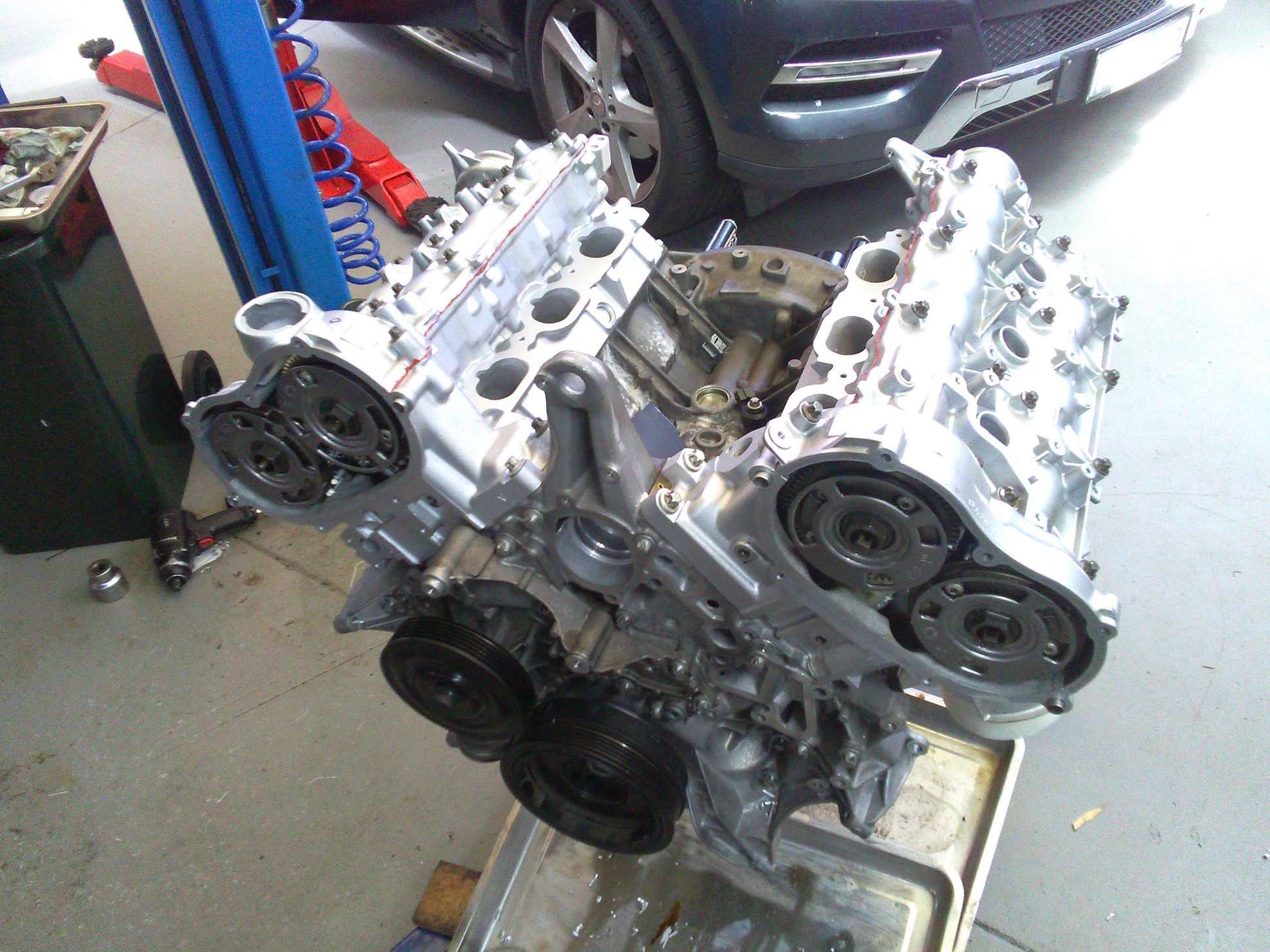 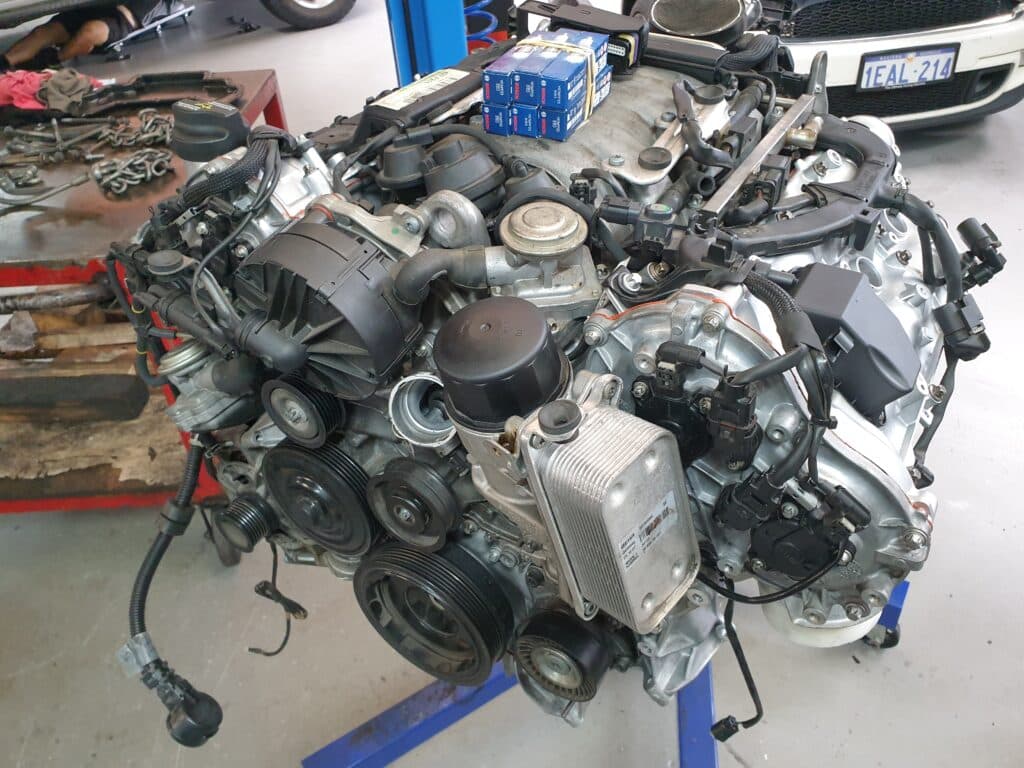